Skip to content Skip to sidebar Skip to footer

Empaths are awakening – what type of empath are you?

Are you an Empath?

There are a lot of posts on the web and also books and information about being an Empath.

What is an Empath?

An emotional empath is defined by their ability to understand other’s emotions deeply, even at a distance.

Empaths are highly sensitive, finely tuned instruments when it comes to emotions. They feel everything, sometimes to an extreme, and are less apt to intellectualize feelings.

Intuition is the filter through which they experience the world.  Empaths are naturally giving, spiritually attuned, and good listeners. If you want heart, empaths have got it. Through thick and thin, they’re there for you, world-class nurturers.

From: Emotional Freedom: Liberate Yourself from Negative Emotions and Transform Your Life

There may be more than one type of empath…

Alethiea Luna at lonerwolf.com suggests that there are at least 10 types of Empaths.  Her list includes

Where ever you are on the Empath spectrum…I’m beginning to believe that Empaths are awakening!

If you haven’t heard of Empaths before…then you may know that most of us naturally practice empathy through the activation of our mirror neurons.  Yale psychologist V.S. Ramachandran is a champion of mirror neuron research.  Over 20 years ago now a team of Italian researchers noticed that when monitored monkeys watched other monkeys perform actions, the same cells in the observing monkey’s frontal lobes fired off simply because they were watching the other monkeys’ actions, hence the term ‘mirror’ neurons.

I’m beginning to get to know many other Empaths via my internet connections.  Many of my clients are empaths who are on the path of spiritual awakening.  Perhaps this is the next stage of our evolution as humans…to become more empathic and more aware of our surroundings and ourselves? 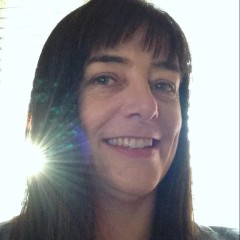 Sarah is an energy intuitive and gives New World Energetics Readings. Learn how to sense your energy field (and others), get connected with your Akashic Records, learn how to balance your energy - personal growth on the Spiritual Journey. Connect on Skype at 'NewWorldEnergetics' or call 1-316 247 4144

View all posts by Sarah Lawrence

Book easily through my Client Portal

Working with Sarah has been wonderful.  Every reading and session has brought greater meaning and resonance to my life. Sarah has a truly wonderful energy, she makes you feel totally at ease and has endless patience.   I always have questions and things to share sometimes several weeks after the sessions and Sarah always makes

I went to Sarah for help with moving house, as I’ve been struggling for a few years to find the right house and I thought it might help to access the Akashic Records for any advice or direction.   I know that the records exist outside time and space but still thought a specific question

Akashic Records Reading
T.K.
Sarah is an excellent teacher – down to earth

Sarah is an excellent teacher!  Her teaching style is very down to earth, she is full of compassion and has a wealth of spiritual knowledge to share. I would recommend Akashic Foundations to anyone looking to learn to read their own Akashic Records or the student looking to become more spiritually aware. The course is